With the Justice League saga coming to the top of its lengthy journey this March, and Zack Snyder having just lately revealed that Warner Bros. has “no intertest or urge for food” in a follow-up, it seems that the director of 300 is likely to be planning to return to the battlefield with a “devoted retelling” of the legend of King Arthur. 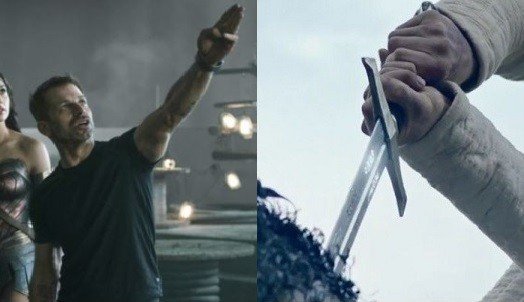 Chatting with the I Minutemen Podcast, Snyder revealed that he was going to attempt to sort out the age-old Arthurian legend, saying “I’m engaged on one thing however we’ll see. I’ve been fascinated with some form of retelling, like, an actual type of devoted retelling of that Arthurian mythological idea. We’ll see. Perhaps that may come in some unspecified time in the future.”

It’s an oft-told story which has to this point did not yield an excessive amount of success on the big-screen, most just lately with 2017’s Man Ritchie bomb King Arthur: Legend of the Sword, but additionally way back to Antoine Fuqua’s equally underwhelming King Arthur in 2004. Even the Transformers franchise tried their very own tackle the fabric with series-nadir Transformers: The Final Knight.

With 300 jostling for top-billing on Snyder’s CV, he would possibly simply be the correct man to lastly pull the sword from the stone and ship a movie befitting the legend. Do you wish to see but one other try at telling this story on the big-screen, or is it greatest left consigned to historical past? Tell us what you suppose utilizing our social channels @FlickeringMyth…