Dazzler Media has released a poster and trailer for Muscle, the new psychological thriller from director Gerard Johnson (Hyena) and starring Cavan Clerkin (The Last Kingdom) and Craig Fairbrass (Villain). Check them out here, along with the official synopsis… 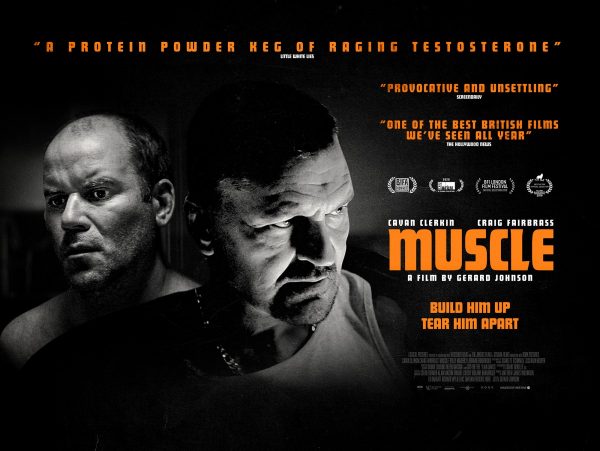 Muscle is the story of Simon (Cavan Clerkin, The Last Kingdom, The Capture) an unhappy, unambitious office worker whose life is gradually taken over by Terry (Craig Fairbrass, Villain, Rise of the Footsoldier) his new, hands-on personal trainer who reveals himself to be more committed, and more dangerous, than Simon could have ever imagined.

Simon isn’t living the life he wants. He’s tired of his dead-end job at a call centre – and he isn’t even any good at it. He and his girlfriend are painfully drifting apart, he’s sick of his life and it’s time to make a change and hit the gym. But everything spins out of control when he draws the attention of Terry, who offers to coach him, and quickly becomes his boss, friend and roommate. Soon, Simon finds himself trapped in a self-destructive spiral with every aspect of his life resting in Terry’s hands, and no way out.

Muscle is set for release in UK cinemas and Video on Demand from December 4th and will arrive on Blu-ray, DVD and Digital in 2021.