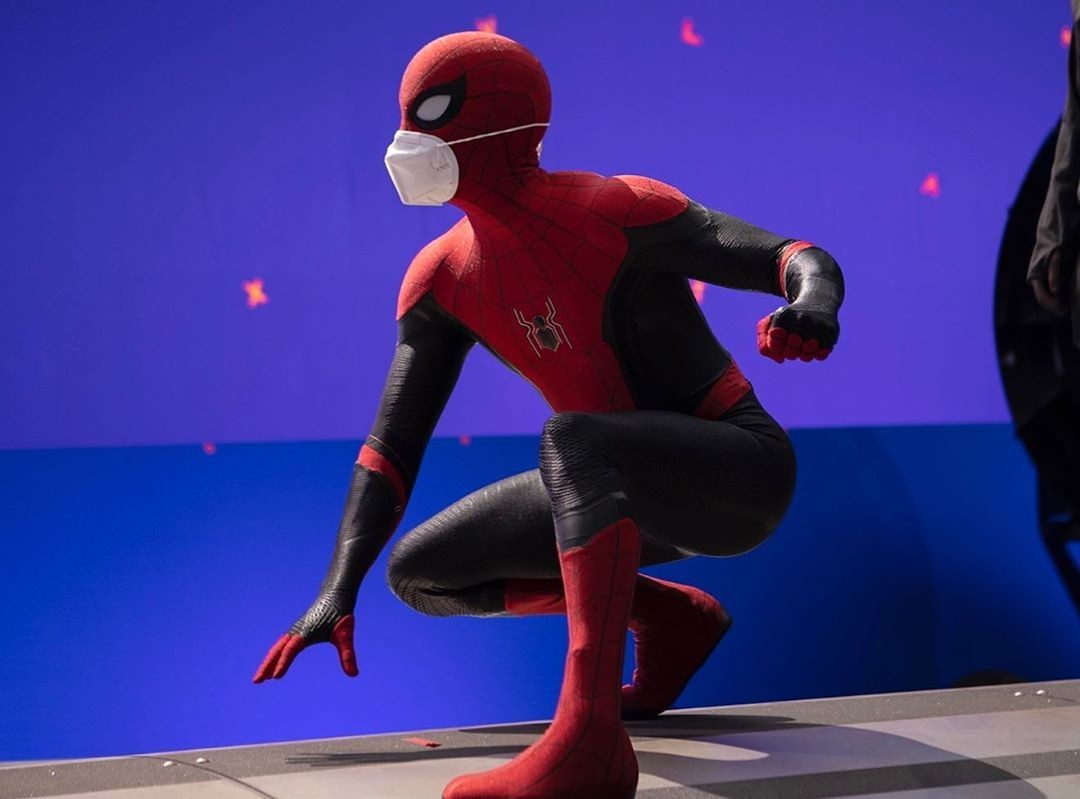 Having recently wrapped filming on the Uncharted movie, Tom Holland has jumped straight back in front of the camera as he reprises the role of Marvel’s friendly neighborhood Spider-Man for the as-yet-untitled sequel to Spider-Man: Homecoming and Spider-Man: Far From Home.

To mark the start of production on the Marvel Studios and Sony co-production, Holland has shared an image from the set of Spider-Man 3 which shows that even the web-slinger is taking precautions when it comes to the coronavirus pandemic (as well as confirming the return of the black and red suit that Peter Parker crafted in Far From Home).

SEE ALSO: Tom Holland has the Spider-Man 3 script but says he won’t spoil anything this time

Spider-Man 3 is set to reunite Tom Holland with director Jon Watts and his Homecoming and Far From Home co-stars Zendaya (MJ), Marisa Tomei (Aunt May), Jacob Batalon (Ned Leeds) and Tony Revolori (Flash Thompson), along with Benedict Cumberbatch as Doctor Strange and Jamie Foxx as Electro. Spider-Man 3 is currently slated to swing into cinemas on December 17th 2021.