1990 brought to a close a decade of popular entertainment and blockbuster success. The era really changed the face of cinema and audience tastes. Gone were the days of unflinching and gritty cinema being the predominant driving market, and adult males the major market. Cinema was opening itself to slightly younger tastes, and more escapist entertainment. Sequels and franchises boomed during the 80’s, many of which were hugely successful. A good box office return on a genre film would inevitably lead to a follow up. In November 1990 several releases promised much with sequels to popular hits and continuations for popular franchises. One film in particularly would come at a key point in time for its star, Sylvester Stallone. Rocky IV had produced a franchise best gross five years earlier in a year where Stallone had two of the top five highest grossing films of the year (the other being Rambo: First Blood Part II). Step forward to 1990 and Stallone’s financial pull had skidded off road somewhat following some misfiring choices (Over The Top, Cobra, Lock Up) and a disappointing return for Rambo III, his other big franchise. Rocky V needed to be a hit and Stallone sought a way to take the franchise in a slightly new direction. In the wake of his pummelling by Ivan Drago, Balboa is forced to retire, but can’t leave boxing behind. He takes on a protégé (Tommy Morrison) and tries to launch him as the next big thing in boxing (and the relationship with his son suffers as a consequence). He kind of does, but Tommy’s eyes get turned by fame and fortune and the influence of a Don King-esque boxing promoter. The film, which saw original director John G Avildsen return, was an unmitigated disaster. Cheesy, melodramatic and a little forced, it never quite worked as a whole. Whilst certain things work, and the late Sage Stallone is very good, Stallone’s story still remains a franchise low point. It was reflected in disappointing box office returns which effectively killed off the franchise for 16 years (of which many were spent by Stallone trying to get his sixth film off the ground). To an extent, 2015’s Creed had many elements of what Rocky V attempted, but was handled with more skill and perhaps more objectivity by allowing a newcomer with a fresh perspective to put a new spin on Rocky’s story, and make him secondary to the up and comer. Rocky V’s problem, aside from Morrison not being the greatest actor, was the fact it didn’t delve enough into this new character. He, like many previous Rocky villains, becomes a caricature, but whilst caricatures and broadly stroked characterisations worked in the cartoony heroics of III and IV, it didn’t work in a film trying to pull the tone back to the more restrained drama of the original. That month also saw a sequel to Arnold Schwarzenegger’s hugely popular jungle-set sci-fi-action flick, Predator. Arnold was gone though, replaced by Danny Glover and bringing the titular creature into the streets. In principal it should have worked. Glover, a great actor, had become a popular star thanks to the Lethal Weapon franchise (albeit he didn’t have the same draw as Ahnuld). Did the release come a month too late? Perhaps more suited to the Halloween season. Part of the reason the film didn’t do particularly well, is that it was received poorly by audiences on its release. Now, Predator 2 is ludicrous. It’s daft and never quite nails what it’s going for but I’ve always enjoyed this one. It’s pretty underrated. That’s in part down to the concept, some memorable moments (even though it doesn’t have quite the skilful handling that John McTiernan may have brought) and a great cast, with Bill Paxton and Gary Busey co-starring. In the end, the box office results weren’t terrible, but it grossed around half as much as the first and cost almost twice as much.

Another film that may have come a little too late to a Halloween party, was Child’s Play 2. The first film was inventive and entertaining. Once again, between first and second instalment, as with Predator, the second didn’t have as skilful a craftsman behind the camera (Fright Night director Tom Holland directed the first Child’s Play film). Likewise, as many sequels have been guilty of, it repeated much of the first film without freshening the material. The second film almost feels a little forgotten in canon. The third was struck with more infamy due to controversy, whilst the latter re-inventions beginning with Bride of Chucky would take things in even more comical territory. Despite this, Child’s Play 2 was a big hit, proving a good box office draw. A couple more sequels appeared. Three Men and A Little Lady was the sequel to it’s saccharine infused original that upped the maudlin levels even further, and attempted to rest on the charisma of the three star names, Steve Guttenberg, Ted Danson and Tom Selleck. Lacking the inherent humour of three confirmed bachelors having to deal with a baby and nappies, the film never struck the same level (of admittedly sparse) humour from the original. Financially it did well enough to warrant its greenlight, if the reception was telling enough to know that a third instalment was probably going to be a futile exercise. 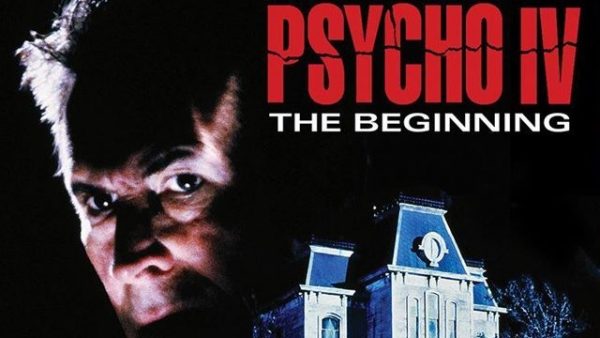 On the TV screens there was also a continuation of one of cinema’s more curious franchises, with the release of Psycho IV: The Beginning. The previous two instalments came in the 80’s, some 20 plus years after Hitchcock’s masterpiece original. Whilst the second was good in its own right, the subsequent sequels were a little schlocky. The fourth film may still not have been as bewilderingly needless as Gus Van Sant’s near shot for shot remake, but it still feels like a forced exercise. Still, Perkins always revelled in the more unrestrained characteristics Bates carries in those sequels, and the fourth and final of his appearances as Bates is no different.