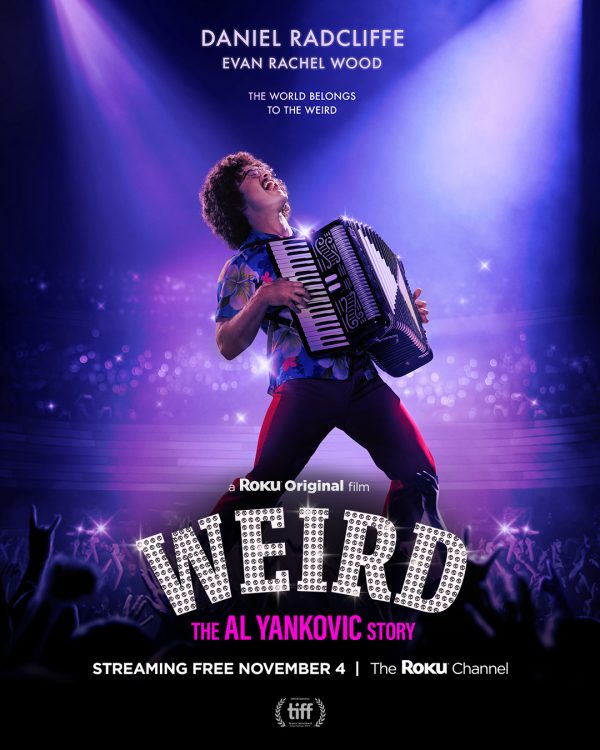 Exploring every facet of ‘Weird Al’ Yankovic’s life, from his meteoric rise to fame with early hits like ‘Eat It’ and ‘Like a Surgeon’ to his torrid celebrity love affairs and famously depraved lifestyle, this biopic takes audiences on a truly unbelievable journey through Yankovic’s life and career, from gifted child prodigy to the greatest musical legend of all time. 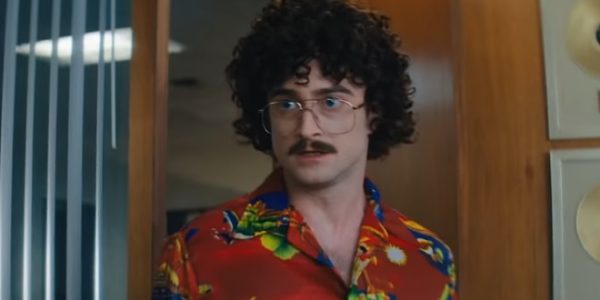 Weird: The Al Yankovic Story is a Funny or Die sketch stretched to nearly 2 hours. The sketch in question is a farcical biopic of parody singer/songwriter Al Yankovic, but in a greater scope, a skewering of genre clichés. For a while, the results from director Eric Appel (also writing the script alongside Al Yankovic) are uproariously funny (at one point, I was sure the movie would crack my top 25 of the year), taking every frustrating trope and narrative cheap trick, turning itself upside down for a breath of fresh air not seen since Walk Hard: The Dewey Cox Story (the obvious comparison that this film will never escape).

Every creative choice plays into this approach, from casting Daniel Radcliffe as Al Yankovic. There’s an attempt to make them look alike and sound similar, but it’s never once believable, which is the entire point (although it’s still a closer comparison than Rami Malek’s Freddie Mercury, saddled with oversized fake teeth). The film is a sham through and through, more concerned with the silly songs that Al created rather than anything remotely resembling his personal life, which possibly plays into the idea that most biopics are primarily full of shit anyway or hide uglier truths (*cough Bohemian Rhapsody and Elvis). Furthermore, who would want a Weird Al movie any other way? 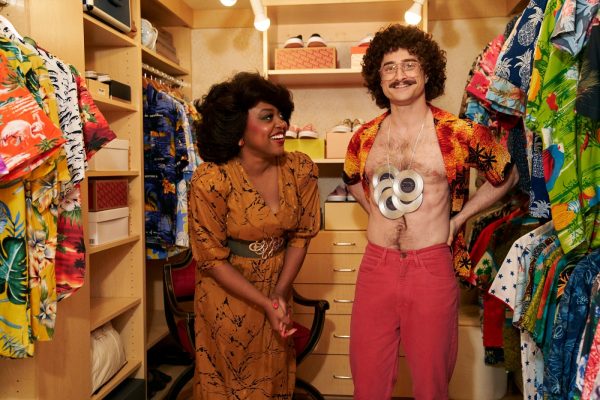 Some years after his parents Toby Huss’ factory worker dad Nick and Julianne Nicholson’s gentle mom Mary) told him not to chase his dreams and join the soul-crushing factory job (although Mary did somewhat cave, purchasing young Al an accordion to play with his father wasn’t around in a sequence that goes pleasantly and wildly off the rails); Al is a young man looking to put together a band. His artistic jock roommates (there is one amusing contradiction after another here) are supportive and spur some inspiration during a kitchen sequence that gives way to the birth of My Bologna, a parody of  Knack’s My Sharona  (released in 1983, this was also Weird Al’s first song, so there are grains of truth in this charade) that Daniel Radcliffe performs at the right amount of goofy energy. Even during the moments where Weird: The Al Yankovic Story doesn’t work, Daniel Radcliffe, the supporting cast (and the obscene amount of cameos that one instantly loses track of) are all on the same wacky wavelength and taking the project seriously.

But the reason the lunacy surrounding the song creation works comes from nearly every musician biopic coming up with some sappy or inorganic, overblown way to give an artist that Eureka moment for penning a chart-topper. The screenwriters have fun riffing on this repeatedly, yielding absurdly funny results every time. There is also a spin on the rise to fame arc, with Al turning down performing with Queen at the iconic Live Aid concert. None of that compares to what the film has in store for Eat It, the cover of Michael Jackson’s Beat It. At nearly every turn, the script chooses against traditional biopic conventions, interested in how it can one-up itself in zaniness. 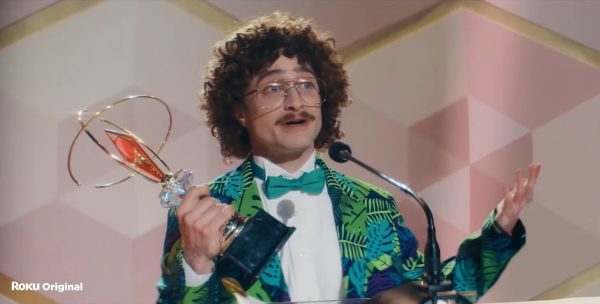 However, once Weird Al achieves that success and pop culture is no longer safe, the film struggles with direction, often letting scenes run far too long and shifting genres a bit too hard (although it should be noted that the fight scenes here – yes, Weird Al gets into a rescue mission – are better choreographed and shot than some blockbuster action movies), and sagging its way to the finish line. It’s no fault of the additions of Rainn Wilson’s overzealous manager Dr. Demento or Evan Rachel Wood’s take on Madonna as a shallow human being with nefarious ulterior motives of doing whatever necessary to get Al to parody her to help her climb the charts, but rather the way the script integrates them and, in some instances, transitions into something more plot-oriented instead of freewheeling through one hyperbolic and utterly ridiculous portrayal of this career.

The second half of leaves much to be desired, but the first half is a riot endlessly worth returning to. Fortunately, even when Weird: The Al Yankovic Story bumps its way through a rocky road narratively, it has the hilarious songs and game cast to fall back on.