In 1973, when Frank Bledsoe and his 18-year-old niece Beth take a road trip from Manhattan to Creekville, South Carolina for the family patriarch’s funeral, they’re unexpectedly joined by Frank’s lover Walid. 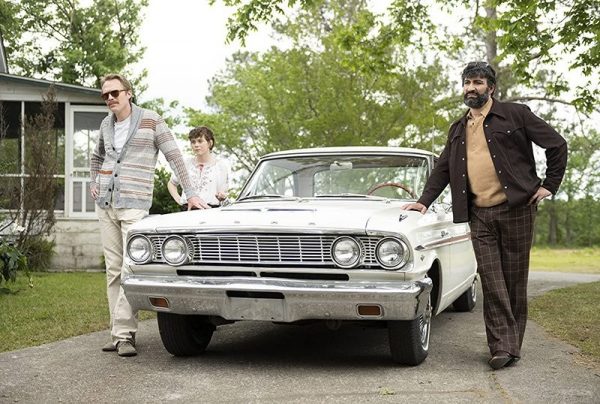 The slight hypocrisy of it all is that Frank doesn’t have the courage to be himself within the family and openly come out as gay. Who can blame him considering his father Mac (played by Stephen Root and known to the whole lot as Daddy Mac) can’t even graciously accept a gift without scolding his son, only to turn around and accept a present with the same thought process behind it from his other son (Steve Zahn, playing Beth’s father) humbly. It’s clear that he practically hates one of his children, and knowing what we know about Frank, it’s not hard to figure out why. Four years later, Beth is heading off to a New York college, the same college Frank teaches women’s literature at. He still sees the family infrequently, and even when he does it usually comes with a woman playing the part of his girlfriend doing whatever necessary to appease the family. It’s hard to figure out what complicates his dilemma of coming out as gay more, the 1970s setting (which is pleasantly re-created whether it’s fashion or cars) or his close-minded family. He doesn’t even feel comfortable opening up to the one relative that appreciates and trusts him most, so maybe there’s something darker and sadder underneath his trepidation.

Nevertheless, Beth overhears Frank planning a party at his abode and decides to surprise him by showing up with her boyfriend Bruce (Colton Ryan) who takes an academic interest in the college professor. Needless to say, Beth gets more than she bargained for as complications with Bruce arise, all as she is entering a rabbit hole of liberal mindsets and progressive values. There’s a short but endlessly touching shot of her observing what appears to be an interracial couple, demonstrating her sheltered life and that her wonderful mind still has much to learn about. And then Frank allows her to meet his Saudi Arabian boyfriend Wally (Peter Macdissi). There’s much to process, but there’s nothing she can’t accept. 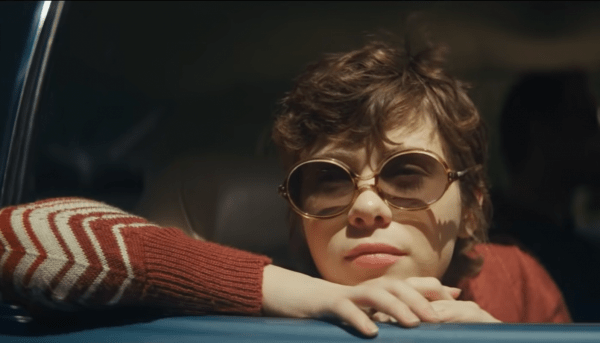 The following morning tragedy strikes as the family calls to let Frank know that his father has suddenly passed away and that they would like Beth and him to attend the funeral. Initially, Frank has no desire to go until Beth and Wally gives him a push in that direction, paving the way for a road trip where she can better get to know him and his hidden life. Breaking up the driving segments are flashbacks to Frank’s childhood and his coming of sexuality that seems to be a beautiful memory but one stained in heartbreak.

The best moments of Uncle Frank are the ones where you can tell he and Beth inspire one another to claim their own identity and stand up for themselves. During an auto shop repair sequence, a creepy (and somewhat older than the 18-year-old) mechanic starts pressing for a date out of nowhere until she comes down on him with a verbal thrashing sure to make him think twice about his disrespectful ways. The fact that Wally’s home country has much stricter consequences for homosexual behavior also adds a dynamic that, even if everyone should be allowed the right to come out on their own terms, illustrates this backward time in America was still ahead of most places.

Director Alan Ball (Oscar-winning screenwriter of American Beauty which dabbled in repressed homosexuality) is going for camaraderie and sentimentality, both of which he achieves to varying degrees of success, but ends up on an ending note that’s difficult to accept. Frank utters the line “people are idiots” on more than one occasion, and the final stretch here seems to imply that it’s okay to be around the idiots that don’t accept you and that it’s about not letting them get to you. Essentially, it touches on the theme of family being all-important, which is true but only to an extent. Paul Bettany is able to make most of it work emotionally, as does Sophia Lillis further cementing herself as a star on the rise. It’s just that Alan Ball takes his script to places simultaneously overblown and sanitized. Like the family itself, it’s best when Frank, Beth, and Wally are only present, especially if accounting for how much of a difference one familial role model can make to a precocious teenager.