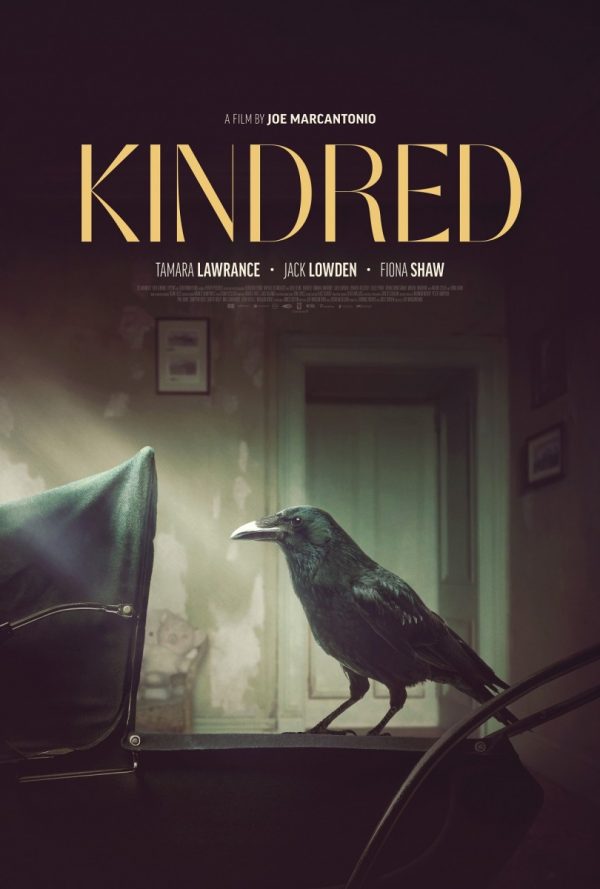 This slow burn family melodrama features some strong central performances from Fiona Shaw, Jack Lowden and Tamara Lawrence yet lacks back bone. Written in part by director Joe Marcantonio Kindred never feels horrific enough to be billed as a horror, nor engaging enough to qualify as a thriller. It hangs in limbo while these actors try desperately to put some substance into this setting.

Director of photography Carlos Catalan employs a drab and washed out colour palette with his visuals, which is only alleviated through the use of abstract dream sequences. Old family portraits, furnishings draped in dust covers and unpacked boxes complete this picture of a legacy on the verge of extinction. Production designer Derek Wallace does a good job of etching the decline of those who recline on the civil list into every scene. However if the director Joe Marcantonio had more high minded intentions with Kindred it falls wide of the mark. 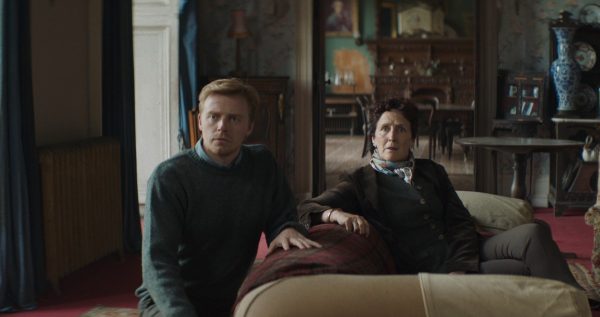 Edward Holcroft is not given enough screen time to establish Ben while Jack Lowden feels wasted for much of this film, playing Thomas as a fawning simpleton tied to his mother’s apron strings. Only in the latter half does his real role become apparent and something like salvation occur. Thankfully beyond that Fiona Shaw comes on like a firebrand in bristling form and remains supremely watchable despite the flawed material on offer. Manipulative, dismissive and weary of interlopers she carries the burden of her house without complaint. Margaret is carved out of granite, her allegiances unwavering and a continuation of their blood line her sole purpose. Chloe Pirrie also works hard with minimal screen time to bring a sense of reality to Jane, best friend and confidant to Charlotte.

Everything beyond that is window dressing relying too heavily on clichéd tropes. Although Tamara Lawrence gives a committed and riveting performance as a woman in mental decline, she is left flailing amongst fragmented dream sequences with no apparent threat. This could have been a Rosemary’s Baby hybrid with some old English horror thrown in, but Kindred simply fails to measure up. Narratively mediocre and shockingly average it may be but those powerful performances do much to save it from ignominy. However, if you were hoping to settle back and enjoy a good fireside country house horror story, it would be best to explore other alternatives.