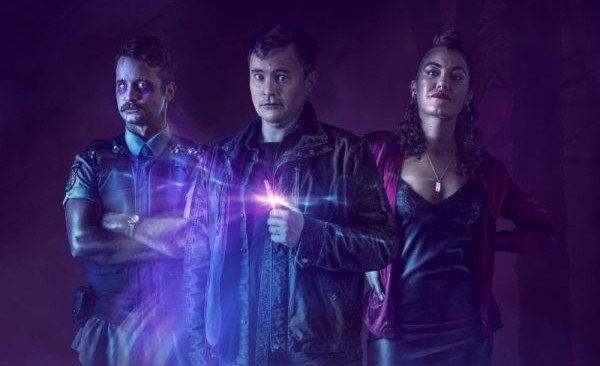 A down-on-his-luck stoner who has the ability to see the dead gets dragged into an unsolved investigation lead by a recently deceased wannabe super-cop. 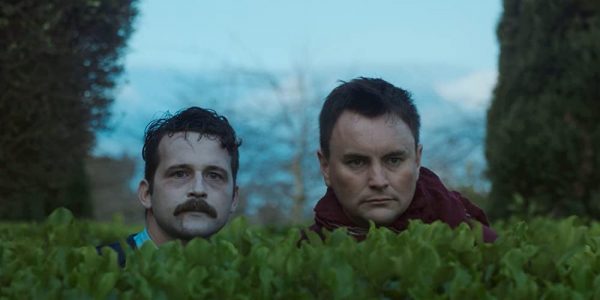 Over the years New Zealand has created a niche of sorts with the deliciously dark horror comedies it has spewed forth from its creative bowels. From Peter Jackson’s Bad Taste and Braindead to the more recent Taika Waititi helmed What We Do in the Shadows, there’s no denying the talent and creativity involved with the creation of these wonderful blood-spattering rib-ticklers, they’re truly one of a kind. But where does this new offering from Kiwiland stack up, when compared with the previous horror comedies of NZ? Well, long story short I’m happy to say that the movie certainly delivers on the laughs and scares, despite some minor flaws.

Marbles (Thomas Sainsbury) is the prototypical stoner- lazy, good natured and utterly unmotivated. But through some sheer stroke of dumb luck he had stumbled upon a method- a concoction containing some good ol’ Mary Jane and neurological meds- whereby he starts seeing dead people. But instead of exploiting this golden opportunity and monetizing it, he starts helping out people in the community with recently deceased family members by easing their sorrow and encouraging the spirits of the dead to ‘move on’. Him bumping in to the newly expired cop Tagg (Hayden J. Weal), wasn’t in the cards either. Murdered in the line of duty, Tagg’s last wish before his spirit passes over, is to catch the killer responsible for his untimely demise. Egged on by Tagg’s sultry foster sister Yana (Tomai Ihaia) Marbles has no choice but to reluctantly assist his new found dead friend in realizing his goal. There are hints of Shaun of the Dead and The Frighteners in this charming little flick. But where it really shone was by focusing on the interplay between the characters instead of resorting to cheap scares and clichéd horror gimmicks. The chemistry between the two leads – played by Sainsbury and Weal -were particularly great and contribute immensely to the film’s watchability. In the hands of lesser actors this project would have been, well, dead. Tomai Ihaia was also quite memorable in her limited screen time, playing the passionate street-smart foster sister Yana. Although some of the jokes don’t quite land, the script crafted by Sainsbury and Weal certainly struck a great balance between the more serious aspects of the story and its light-hearted moments, giving each individual their own character arc of sorts within the film’s straightforward narrative.

Despite its flaws, Dead is a great buddy horror comedy which delivers on the laughs and scares whilst packing an emotional punch. Give this one a look-see if time permits.