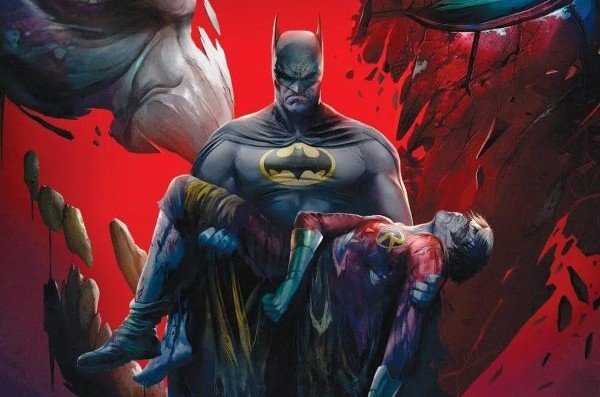 Based on the critically acclaimed storyline, Batman: Death in the Family is an interactive narrative which allows fans to take control of their favorite comic book characters, thereby controlling their very destinies. Since the very beginning DC has always been ahead of their Marvel counterparts when it came to their animated efforts. From Batman: Mask of the Phantasm to the more recent Justice League Dark: Apokolips War, DC has consistently churned out expertly crafted comic book movies that possess heart and offer thrills to both the general audiences and fans alike. One of the best received DC Universe Animated Universe (DCAU) flicks to debut in the last decade was Batman: Under the Red Hood. Based on Judd Winick’s comic book story arc of the same name, Batman: Under the Red Hood neatly tied up the loose end left by Jason Todd’s unresolved fate in Jim Starlin’s controversial 1988 storyline Batman: A Death in the Family. Praised highly for its top-notch animation, emotionally resonating narrative and exceptional voice acting performances, Batman: Under the Red Hood also went on to become a solid hit in terms of domestic home video sales as well.

Batman: Death in the Family is Warner Bros. first foray into interactive storytelling, allowing fans to call the shots and decide where the story goes, through an innovative navigation process via the viewer’s remote control. It is also the centerpiece of an anthology of five animated shorts inspired by character and stories from DC’s ever-expanding repertoire of materials. However, while the shorts offer something new and exciting in terms of story- incorporating lesser known DC properties like The Phantom Stranger and Adam Strange- the same compliments cannot be extended to the eponymous short which is the supposed pièce de résistance of this animated collection. Being nothing more than a truncated rehash of Under the Red Hood, unfolding in a series of flashbacks as narrated by Bruce Wayne to Clark Kent, the short offers absolutely nothing new to the viewer. Adding insult to injury, the digital-distribution is a pre-fabricated version offering no interactive option as well. In order to access the other alternative ‘paths’ you’ll have to visit the bonus features but the downside is, not all digital retailers offer bonus features with their purchase. In addition to the aforementioned woes of procuring the digital format, there’s still some content exclusive to Blu-ray which aren’t present in any of the digital versions. Ouch. There’s no point in trying to assess Death in the Family extensively since, like I pointed out before, it’s merely a shorter variation of the infinitely superior Under the Red Hood animated film. Both Bruce Greenwood and Nolan North do a commendable job embodying their respective superhero characters but the new animated high-definition segments stick out like a sore thumb and mesh horribly with the footage taken from the older film. Out of the other remaining four DC showcase segments, Death and The Phantom Stranger were the real standouts. The latter was a light-hearted, Hellboy-esque adventure featuring Peter Serafinowicz as the eponymous paranormal superhero while the former was a more sombre affair centred on Neil Gaiman’s character Death from The Sandman graphic novel.

In summary, there’s very little to like here as this project appears to be nothing more than a desperate cash grab attempt by Warner Bros. due to a general lack of Batman related content. Reach out for the physical Blu-ray copy if you must, but avoid the digital format at all costs.