John Boyega, of Star Wars fame, says that Johnny Depp and Pirates of the Caribbean inspired his film career. There is no question that the Pirates of the Caribbean franchise is one of history’s biggest, with a massive global appeal and a fond place in many hearts, partly thanks to Johnny Depp’s memorable turns as Captain Jack Sparrow.

It’s easy to see why a young man like Star Wars actor John Boyega looked at Depp and Pirates of the Caribbean and decided that’s what he wanted to do for a living.

Speaking to THR, the actor recounted how he was studying at Greenwich University when Pirates of the Caribbean was filming nearby. He was in film class and then heard a bang, causing him to run out to see what was going on:

“We looked down and I saw Johnny Depp on top of two carriages, balancing himself, as Jack Sparrow. I saw what I wanted to do. I thought God sent the whole film set right here. He sent a film that I would love to star in, that I’d love to be a part of. I never went back.”

SEE ALSO: Margot Robbie to re-team with Birds of Prey writer for new Pirates of the Caribbean movie

Boyega has certainly accomplished his goal as it doesn’t get any bigger than Star Wars for a major movie franchise, with the actor starring in all three sequel trilogy movies as Finn.

Who knows, perhaps he will get to be in a Pirates movie himself one day and really fulfil his dream? 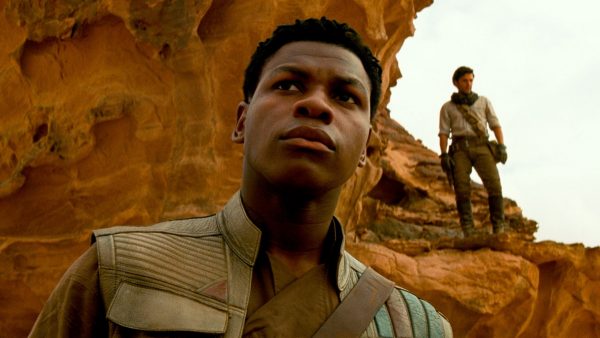