Tom Jolliffe looks at action star Michael Jai White, who has never got the attention he deserves… For whatever reasons, some stars never quite reach the level their ability deserves. It can be a variety of reasons holding some back, and generally many stars tend to get that one shot at the big league. If that shot bombs out, that can be a blot on the CV that never quite goes away. As we speak, Spawn is currently in development from Blumhouse. It’s a reboot that’s been on the cards for years, in different hands but let’s step back to 1997, and the first big screen adaptation of Todd McFarlane’s Spawn.

It’s an era of comic book films that isn’t working. Batman sells, but nothing else seems to capture an audience, and for the most part, with the likes of The Shadow, The Phantom, and Spawn, the films are inconsistent at best. In truth I have a soft spot for a few of those flawed but interesting 90’s comic book films. The Shadow is underrated. The Phantom, not so much, but actually has its moments (aided by Billy Zane’s charisma). Spawn however, is a mess. I enjoy it, and aspects of it, but it suffers from an era where the ambition of CG artists wasn’t matched by the technology. Spawn goes overboard and some of the sequences looked dated by the time audiences were filtering out the opening weekend. Likewise, it’s all over the place as a film, but John Leguizamo is great, so is Martin Sheen, and the film opted to try and make a star of a relative newcomer in Michael Jai White (who is very good too). The film didn’t do terribly at the box office, but it whimpered and didn’t have the fanbase to warrant a sequel (and fans of the source material were left somewhat disappointed). 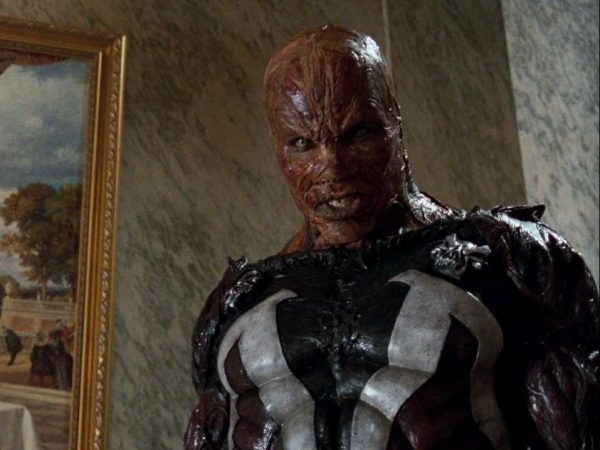 White’s springboard broke. Up to that point he’d been a bit part player, and from Spawn on, had mixed fortunes. A few support turns in films like Thick as Thieves (with Alec Baldwin) kept his profile up, without giving much of a platform to shine. Initially, White wasn’t really pushed forward in the wake of Spawn as an action star. Despite the physique and the impressive martial arts background (Black belts in 7 styles of Martial Arts, though it wouldn’t surprise me if he’s added more since the last IMDB update), that lack of immediate push probably held him back in establishing himself alongside the likes of Van Damme and Seagal as a contemporary on the same budget level. In actuality, White was brought in to do utilise his fighting talents, and the first two significant films to showcase himself in action (Spawn is spent in large parts under mask and makeup, another reason his star didn’t rise as high as it may have after the film) were Universal Soldier: The Return and Exit Wounds. He was chief villain in both. The trouble with starring opposite big names, particularly in a genre driven by image (and sometimes ego) was that his talents were displayed, but never allowed to overshadow Van Damme or Seagal. From a physical standpoint, we never saw the best of Jai White in either film, and whilst Exit Wounds was a success, Universal Soldier: The Return bombed out (and took Van Damme’s career as a theatrically released star, with it).

White missed a particularly fruitful period in the 90’s, and early 00’s that was good for action stars. Meanwhile, being as physically domineering, and skilled in fighting can also tend to make casting directors look the other way when it comes to dramatic roles. White in fairness, really did mix his genres and dip his toes in everything from dramas, to thrillers to comedies, before becoming a little more prevalent in the last 15 or so years as a more prolific action hero. In that time too he was a little unfortunate in having scenes in Kill Bill, only for them to be left on the cutting room floor (he appeared in trailers). He then got a nice role in The Dark Knight and was able to share the screen with the late Heath Ledger. In no sleight, Ledger was all consuming in that film, so it’s a blessing, but getting overshadowed by someone in such blistering form (with one of the most iconic villains ever), is inevitable. 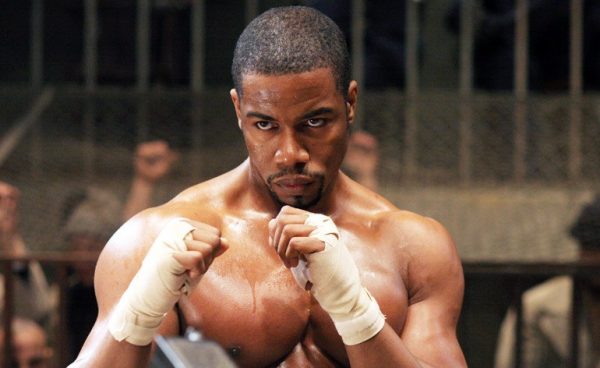 What’s been frustrating for fans, and perhaps for the man himself, has been a tendency, even in the DTV world, for White to be given the second bill, or share top billing, or get used as a supporting act. In something like Undisputed 2, he was the name actor, taking over a role originally played by Ving Rhames in a film that wasn’t that successful. The DTV follow up pitted White in a series of prison brawls, leading to a showdown with the reigning, and brutal champ, Boyka (played by Scott Adkins). This wasn’t a case of White sharing the time with someone less able. We’re talking about probably the two best in the business when it comes to a combination of the physical ability, martial arts skill and acting talent. White, possibly to his own detriment wanted to keep his character as a boxer, taking his legs (largely) out of the equation. As such the dazzling gymnastics of Adkins were so immense that it was Boyka who continued the franchise, and not Chambers. The DTV market now tends to pepper stars in the films in smaller roles, meaning a solid lead is a little rarer (or as a consequence, the budgets much lower). White gets them but not as many front and centre roles as he deserves. Step back to 2009 and he had two of his best films in the same year. One became something of a cult hit (but still, frustratingly, not quite enough to boost him to the level he deserves). That was Black Dynamite, which White also wrote. It was a brilliant pastiche of Blaxploitation cinema, with White brilliant as the titular hero. It marked a perfect platform to showcase his talents as an on screen fighter but also as someone charismatic and comically adept. It spawned a follow up animated series, though fans (myself included) would still love to see a live action follow up.

The other stand out that year, and another great platform stripped out pastiche entirely, and delivered one of the most underrated Martial Arts films of recent times. Blood and Bone, was a fight film with a difference. It wasn’t all about the fighting, and White’s quite stoicism and enigmatic character were a potential franchise in the making. He’s almost the atypical Western hero in the film, the man of few words but inherently good. It had subtlety too, with a decent script and the kind of layers you rarely get in the genre. In terms of the action, it also had fantastic fight sequences that perfectly showcased White’s physical abilities, but also had a proper logic. It wasn’t all flash. Bone (White) is systematic in his fighting. He chips away at his opponents, targeting weaknesses and being completely efficient in what he does. When Van Damme delivers a flying 360, it’s pure fantasy. It’s great, for what he was doing at that time, but here, there’s a grounding, without resorting to the Bourne style that everyone seemed to be mimicking at the time. The camera was kept back, and we could see everything clearly. The film was more than worthy of a bigger platform and a theatrical release. It didn’t get that sadly, and like many DTV films fades somewhat, until the next thing comes. 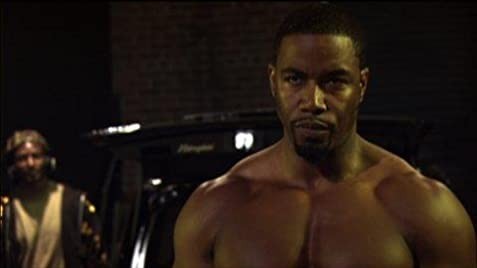 White’s last decade hasn’t lived up to the promise the previous decade ended on, but the hope remains, given he maintains an immense physical presence and fighting ability, that he’s given more license to take centre stage as an action hero (or indeed further opportunities to show his dramatic abilities). With nostalgia and throwbacks still so popular too, there really is a market and a fan base waiting with baited breath for the live screen return of Black Dynamite too, and with platforms like Netflix and Amazon taking significant interest in stars of yesteryear and resurrecting older properties, maybe there lies the source of the films budget. He’s had some good recent projects lately including a welcome role in Dragged Across Concrete, Sudden Death and the upcoming Red 48 sounds promising. I hope studios strike now and offer him interesting projects, because White is still one of the best in the business.