Coming off a monstrous opening weekend abroad with Godzilla vs. Kong, director Adam Wingard appears to have a stack of initiatives line-up to deal with subsequent. Not solely is the prolific filmmaker engaged on a sequel to the 90s cult basic Face/Off, however Wingard can be now hooked up to the upcoming ThunderCats live-action film.

Deadline studies that Wingard is trying to direct the challenge and plans to deliver an “80s aesthetic” to the film, with the filmmaker telling the commerce that: “I don’t need to reinvent the way in which they give the impression of being; I need them to seem like Thundercats. I need to do a film you’ve by no means seen earlier than: A hybrid CGI movie that has a hyper-real look and one way or the other bridges the hole between cartoon and CGI. That’s the start line.” 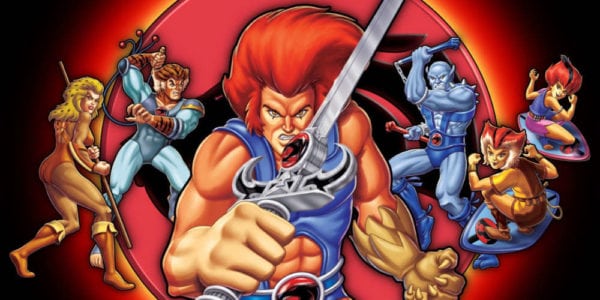 Wingard will re-team with frequent collaborator Simon Barrett to pen the script. The pair have labored on initiatives like You’re Subsequent and The Visitor. Dan Lin of Rideback and Roy Lee of Vertigo was set to provide the movie with a script by David Coggeshall, however Wingard and Barrett are beginning recent.

The unique ThunderCats animated collection aired from 1985 to 1989. The cartoon noticed a staff of humanoid cat-people like Lion-O, Panthro, and Cheetara combat the evil wizard Mumm-Ra on the planet of Third Earth.