George Clooney, who starred in Batman & Robin, says he was “terrible” in the film and that he is not a fan of the movie’s Mr. Freeze puns. 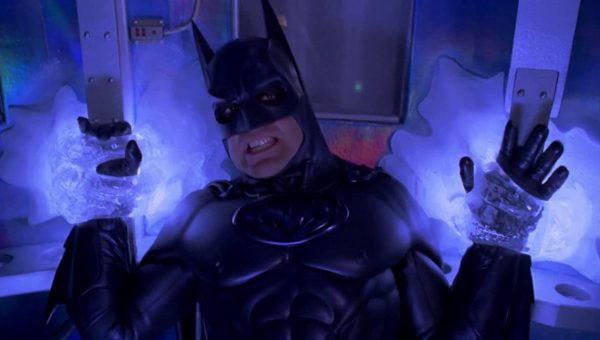 Batman & Robin is one of the worst received Batman films in history. The over-the-top, incredibly camp adventure hasn’t improved much in the public consciousness over-time, and star George Clooney knows all about it.

Speaking to GQ, the actor admits that he was “terrible” in the film and says that acknowledging the film’s failures is only possible because he knows he was part of the problem:

“The only way you can honestly talk about things is to include yourself and your shortcomings in those things. Like, when I say Batman & Robin’s a terrible film, I always go, ‘I was terrible in it.’ Because I was, number one. But also because then it allows you the ability to say, ‘Having said I sucked in it, I can also say that none of these other elements worked, either.’ You know? Lines like ‘Freeze, Freeze!’”

SEE ALSO: Can we all just admit that Batman & Robin was kind of awesome?

Mr. Freeze was played rather memorably by Arnold Schwarzenegger in the film, which was littered with various puns from the villain. Fortunately, the failure of Batman & Robin led to Christopher Nolan’s masterful Dark Knight Trilogy and we now have a very promising effort by Matt Reeves’ to look forward to in The Batman.