I was gratefully offered the opportunity to interview Sophia Lillis and was excited to do so as she’s one of many talented up-and-coming young stars, hot on the heels of bursting onto the scene as It‘s young Beverly, taking on the iconic role of Nancy Drew, and working inside a feminist stab at Hansel and Gretel. To her credit, she was equally excited to be doing these interviews even at the end of a long day and jumping through technical difficulty hoops to get the Zoom call working. She’s full of joy, laughter, energy, and pride for her work, all of which I’m sure shines through here. Enjoy the interview:

Sophia Lillis: [following technical difficulties connecting] Sorry about that! Did you hear my attempt to try and get the computer work? What an adventure and now I’m talking to you!

Robert Kojder: No I did not, but I’m happy you’re here!

RK: I will start off by saying I did enjoy Uncle Frank.

RK: So I’m curious what drew you to the project? But I also wanted to say, were you attracted to the idea as I was that it starts off with a family gathering and flips the crazy uncle stereotype on its head?

SL: That is true. Yes, it is true! That, that is one of the things I really loved alongside the relationships and how well the script was written. It was so good because of Alan Ball. who is a very empathetic person. And you can see that in the way he writes his relationships and his characters. It just seems so real and emotional. When I was getting the script, I was just starting to watch Six Feet Under and I fell in love with that show, so I thought this is a great opportunity to work with Alan Ball. He’s such a great, great guy. I couldn’t see any reason to say no to this. 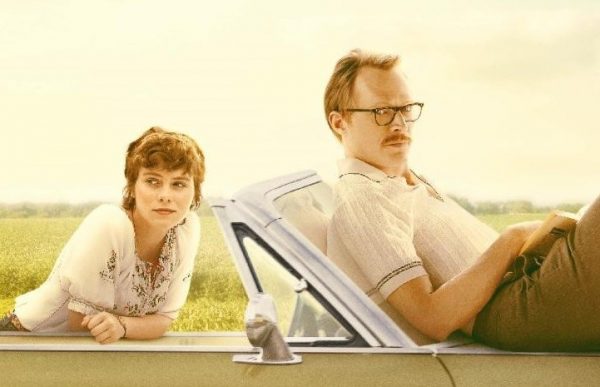 RK: So far your film career consists of playing lots of literary characters, whether it’s Beverly from It, Nancy Drew, or Gretel. So what’s it like preparing for a movie role that has no source material?

SL: Right! Once you say that I realized this didn’t have any source of material, did it? Oh God! It feels sort of freeing in a way because then you feel like you can do more stuff with the character. The one thing about having played a character that’s based on a book is that you have this pressure of, I need to play this exactly like how the book’s playing it because that’s how people are gonna watch this. It’s for the fans of the book. With this, we’re telling a whole totally different story. I find that kind of freeing.

How I prepared for it? Mostly what I try to do, of course, is talk to the director and see what he wants. We had two days of rehearsal beforehand. So I actually just sat in a room and both Paul, Peter, and Alan. We just talked about our characters and talked about what Alan wanted for the character and went through the different scenes. I try to relate to the character as much as possible to see what’s there of myself in her, even if it’s something very little, I love how her arc goes from shy to becoming kind of like this very strong, independent person and very confident in herself. Before I started acting, I kind of didn’t really have a drive and didn’t really know what I wanted to do, but once I started acting and seeing this entirely different world I became immersed in it. I just absolutely fell in love with it and with that, I actually became confident in myself because I found something that I wanted to do. And I knew that was something that I wanted to continue doing. I felt like I had a purpose. So I can kind of understand what she’s going through at that time in the story and I kind of use that.

RK: You mentioned how the character starts off shy and starts to become more independent and find herself. Can you talk about the scene where she goes off on the creepy guy in the auto shop? I love that moment. Did you get that in one take?

SL: Yeah! I love that scene too. It felt good. No,  *laughs* I didn’t do one take for that. God no! That was quite a bit of takes, but it was a lot of fun. I felt really bad for the actor because he was such a sweet person and I said “I’m just really gonna yell at ya”. He was down with it. I love that scene because you get to really see her development and see her become more independent and gain more self-esteem. She’s becoming her own person. And I really loved that scene specifically cause she’s actually standing up for herself and I love it. I’m going on about it because it’s perfect. And I love right after how Wally is just completely laughing hysterically. He did that in every scene and I couldn’t stop laughing as well because his laugh is so contagious. That was a really fun scene to shoot. RK: Was there any trepidation about taking such a major role? One thing that surprised me is that you’re basically a co-lead in this movie and not just a supporting character.

SL: I guess you’re right. But the one thing that I was really nervous about was actually that the cast is such an amazing experienced cast. Everyone there’s is some sort of amazing actor that I’m like “wow, I’m going to be working with them”. I’m going to be working with Paul Bettany and Judy Greer and all of these amazing people are gonna be playing my family. It was a little stressful so at first, I felt a little intimidated, but they’re really, really kind people. I loved working with them and I think it was because I was working with them that I got to really watch them and, and get to kind of have like a full-on experience of just like watching them act. And with that, I learned from them. Everyone had their individual style of acting and different method of developing their character. Seeing totally different ways of acting helped me to really hone in and work on my own way. It was a really fun experience but you’re right, it was very intimidating at first.

RK: Can you choose a favorite of those actors to work alongside?

SL: I don’t have a favorite. Oh God. I don’t know. I loved working with each and every one of them in different ways. I worked most with both Paul and Peter and I loved every scene. I loved being in the car with them and having our own little driving experience. That was a lot of fun.

RK: The road trip scenes are actually some of my favorites, so I’m wondering if there’s anything that didn’t make the final cut.

SL: God, it’s like it’s been so long. *laughs* I can’t remember. One thing I remember is there was this one time where Wally says right before we stop at the ice cream stand, “Oh, look at that little ice cream stand” and that was cut out. I love that line a lot, but it made sense why they cut out bits of stuff. That was just one of the few lines, but I actually should think about it. It’s good that you mentioned it.

RK: Is there anyone in your real life that you would say is a strong role model like Frank?

SL: My mom is a great role model. [speaking to her mother] Hello mom!! *laughs*

RK: We have the same answer!

SL: Yeah! She’s amazing. She’s super supportive of my job and she helps me a lot. I don’t think it would be here without her. I would also say my brother because I’ve always looked up to him. He was my twin, so we kind of grew up together at the same time and did the same things together. He was super smart. *laughs* I said was. No, he is super smart. I felt like there’s this one-sided competitiveness. That’s a word. He was like doing all these amazing things and I felt I needed to be as good as him but at the same time, he helped me with so much stuff. And I feel like because of that, we’ve gotten a lot closer. I have a lot of role models in my life.

RK: That’s great. Beth is betrayed by her first boyfriend in the movie, and I’m curious if you think after everything she goes through with Frank, do you think she will ever reflect on the bad things he has done and that broken friendship?

SL: She’s probably thinking about it as more of an experience of “Oh, wow. What an asshole”. I don’t think she thinks too much about him though. I think after everything that happened, she has more confidence in herself. She would do less wondering if she did something wrong with Bruce and come to understand she did everything right. She has more confidence in herself. So that was just one asshole she met and it’d be like a small blip in her life.

RK: Another idiot just like Frank says throughout the movie. 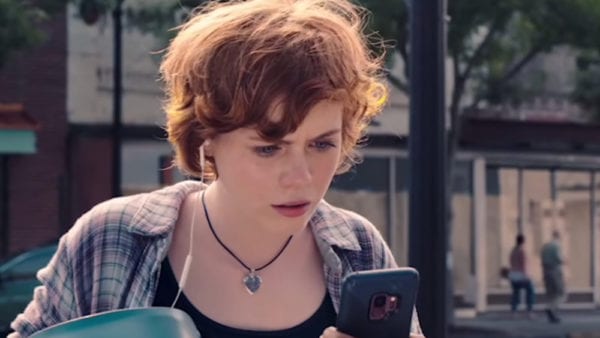 RK: I actually really enjoyed Nancy Drew and the Hidden Staircase. What would like to see from future movies of those?

SL: Ohhh thank you! There are so many books so if they want to continue doing it I’m totally down. I’m not doing much right now so I would love to do some more Nancy Drew.

RK: Do you have a favorite book you would like to see adapted?

SL: Oh geez! I don’t know. Whatever they want to do. There’s so many to choose from, so it’s kind of hard.

RK: It doesn’t matter as long as they keep her an empowering character.

RK: Anyway, it was lovely to get to meet you and talk to you.

SL: It was lovely talking to you too.

Many thanks to Sophia Lillis for taking the time for this interview.