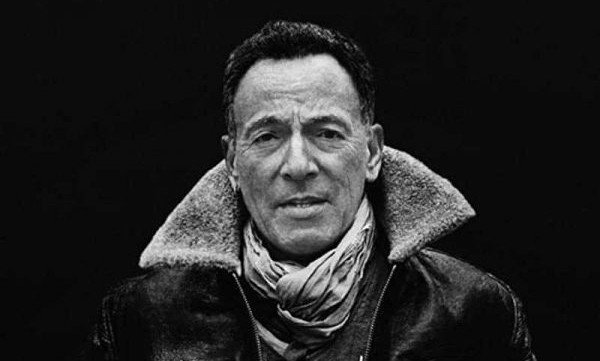 Over a twenty year collaboration with Bruce Springsteen filmmaker Thom Zimny has captured his music on film, both in live concert movies and more intimate circumstances. Letter To You falls into the latter category documenting the recording and coming together of Bruce with his legendary E-Street band. A personal portrait of longevity and friendship which provides the cornerstone of an exploration into his enduring legacy. Thom Zimny recently took time out to talk to Martin Carr about his this latest collaboration and his friendship with this storyteller and songwriter. How has your personal relationship with Bruce Springsteen evolved over the years?

Working with Bruce for the past twenty years has given me the greatest gift a film maker could have which is trust. I started with him as an editor then moved on to directing which in this latest project in Letter To You, allowed me full access in the studio with this band recording new material. This relationship has not only established a trust but allowed us to take chances during filming to tell stories in different ways.

The outset there just seems to be a very strong work ethic on screen. How important do you think that is in lending the film authenticity?

I think it was really important to demonstrate the thing which develops when people work with Bruce, which is a focus and intensity with a work ethic in terms of making music. I recognise that established approach in archival footage from Darkness On the Edge of Town or Born To Run, so working with him on Letter To You I could see that same work ethic coming into play. I think that is just a large part of being around Bruce in terms of energy, where everyone comes together in a focused yet comfortable environment.

In a broader sense what is it about Bruce’s music which is so enduring?

I can only talk about Bruce’s music as a fan and film maker but for me it’s the story. I can’t speak for Bruce himself, but I think for me as a fan to start there his stories and the power of his music in terms of lyrics and sonic landscape give people the chance to step into another world. That is what inspired me to make films and also to look at my life in different ways. I connect to the music as a fan and film maker but don’t think I am the only one who has been able to enjoy this journey with Bruce and his E-Street band. Through Letter To You I also got a chance to acknowledge that collaboration in brotherhood in the studio. Having known Bruce for as long as you have do you think there is a division between the man and his music, or do they co-exist as one?

Working around Bruce for the last twenty years I got to see many sides of him, but the one I can speak most comfortably about is the artist. A musician alongside his band who has developed such a unique relationship with music. In the film they talk about the early days of clubs and how educational they were for them, which comes through in moments of improvisation with hand claps and backing vocals. These are guys who grew up with groups from the Sixties and you can feel that influence all around them. For me it is exciting to watch a group of people who go back that far collaborating on so many different levels.

To what extent do you think his music has contributed to America’s cultural identity?

I wouldn’t want to speak for Bruce but as a film maker you are looking for interesting stories, which include narratives that have a universal appeal. One of the great blessings with Bruce is that you realise how deeply his music has connected with people. When you send these films out into the world it is very exciting to hear how people connect to them and why. I also know this whole thing starts with Bruce and his writing and have watched him perform with this band around the world, so I have seen how powerful that influence can be. It is a great collaboration because you realise there is a big audience who might see the film and also there is a chance to work with Bruce to get across certain themes he wants to convey. I also really let the music drive my direction and make me consider the personal impact his writing has on me personally, above and beyond this global influence which is part and parcel of that. A place which is really that of a fan before film maker at first.

The voice over within the film forms quite an integral part of it. There is a genuine pathos which comes through in the delivery. Where did that idea come from within the structure of this film for you?

I can trace the idea of narration back to an essay Bruce wrote about a Super Bowl performance and experience which ended up being in his book. The voice that I recognise from Letter To You is really one I connect to Broadway and those classic Western stars on film. It stems from both his Broadway play and Broadway film becoming part of a conversation he has had with fans for the last five years. It exists in the moment of creation, but also as I see it is a reflection on his past and the power of those experiences. The voice over acts as another world for audiences to step into and is important because it acts as a break from the studio. I looked at it as these little worlds that audiences were allowed to drop into, where Bruce expands on his thoughts around music broadening the ongoing conversation between himself and his fans. I loved diving into the themes of time and how it passes. Also some of the bigger broader themes of a higher power and spirituality, which are things that I really connect with. The way Bruce writes about these ideas really challenges you in terms of what images best complement his words. It is never an easy process but for me is one of the most exciting in terms of how to convey visually or sonically the idea of time passing and someone reflecting on their life. Sometimes you find the visuals within a simple gesture when someone reaches for something, or a casual glance shared between friends. It can also be depicted through landscape taking on other forms, not from ground level but from the perspective of a higher power or spiritual place. My personal reflections on time and death in a spiritual sense play with those questions and internal conversations when I get the chance to work with Bruce’s music. However the guiding force on all this is the written word and it is Bruce who poses the question. That is a pretty powerful thing to hear in your editing room, allowing the magic of instinct to really have an influence in the process. Only later on when you examine the footage and see snow falling of its own accord, do you realise that is the best image you can have to illustrate time passing or personal loss. These things are pleasant accidents that stumble out into your universe and you just hope to grab onto them. It would be wrong for me think I had a large amount of control over this and prefer instead to focus in the moment on Bruce’s music. By associating images to convey the power of that it can hopefully trigger something personal to audiences as well.

From a collaborative perspective in terms of process, how has this project differed for you personally?

I feel this project was very different because the album was so unique. We were very blessed to capture this band in a studio pre COVID then make this film alongside that. It became about the experience of finding this film during a very trying time. However I stayed connected with Bruce through Facetime, text and talking every day despite this global change going on. An event which you can’t help feeling has an impact on your choices and how you are seeing things. Our last film we cut together in a kitchen and in the studio at his house. For this one we made the distance work and there was a feeling Letter To You was twenty years in the making. There was a lot of things we got to that I always hoped to achieve, one being the collaboration of E-Street on film and the working friendship between Jon Landau and Bruce. I also got to work again in the space of score and script which were dreams for me as a film maker. All these years of working together also allowed us to express things a little bit differently. Describe for me your perfect Sunday afternoon.

The beauty of my perfect Sunday afternoon is actually being in London and going to those markets. The beauty of a fresh vegetable garden between two stone churches is something I return to mentally many times. And the ambience of a single musician way off somewhere playing a Johnny Cash song, while I stroll around the UK is one of my pleasant references to a perfect Sunday.

Many thanks to Thom Zimny for taking the time for this interview.

Bruce Springsteen’s A Letter To You is available through AppleTV+ now. Read our review here.