Bleecker Street has revealed a poster and trailer for the romantic comedy Wild Mountain Thyme. Written and directed by John Patrick Shanley , the film stars Emily Blunt and Jamie Dornan as Rosemary and Anthony, two Irish star-crossed lovers that are caught up in a feud over a patch of land separating their families farms; take a look here… 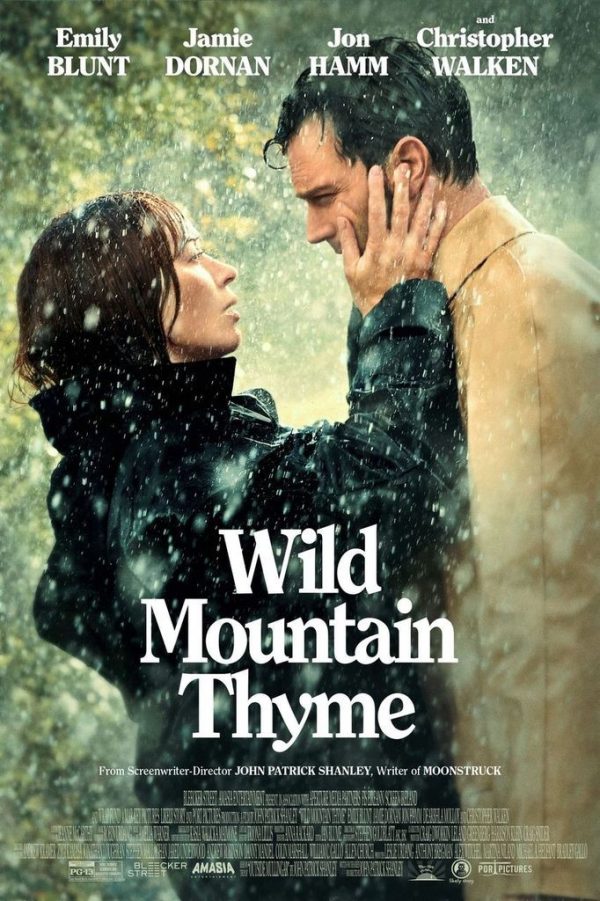 John Patrick Shanley, who created the classic MOONSTRUCK, brings his sweeping romantic vision to Ireland with Wild Mountain Thyme. The headstrong farmer Rosemary Muldoon (Emily Blunt) has her heart set on winning her neighbor Anthony Reilly’s love. The problem is Anthony (Jamie Dornan) seems to have inherited a family curse, and remains oblivious to his beautiful admirer. Stung by his father Tony’s (Christopher Walken) plans to sell the family farm to his American nephew (Jon Hamm), Anthony is jolted into pursuing his dreams in this comedic, moving and wildly romantic tale.

The film is set for release on December 11th in the US.