Although Paramount Pictures has recently delayed John Krasinski’s A Quiet Place Part II to April 23rd 2021 as a result of the ongoing global health crisis, the studio has announced another A Quiet Place project is in the works. According to Deadline, Paramount has hired Jeff Nichols (Midnight Special) to write the script and direct the upcoming spin-off. While any specifics on the plot or potential casting is currently unknown, it is being reported that the third movie’s storyline is “based on an original idea by John Krasinski.” Therefore, it wouldn’t be a surprise if the third title is not a straight sequel, but rather a separate storyline that broadens the world created in the original film with a new set of survivors attempted to stay alive from the monsters with ultra-sensitive hearing.

Although Krasinski won’t be behind the camera for the third instalment, the writer/director will be producing the spin-off under his Sunday Night banner, with Michael Bay, Andrew Form, and Brad Fuller producing via Platinum Dunes. The third A Quiet Place title is currently slated for a 2022 release date.

Are you looking forward to a new title in the A Quiet Place franchise? Let us know on Facebook or Twitter @flickeringmyth… 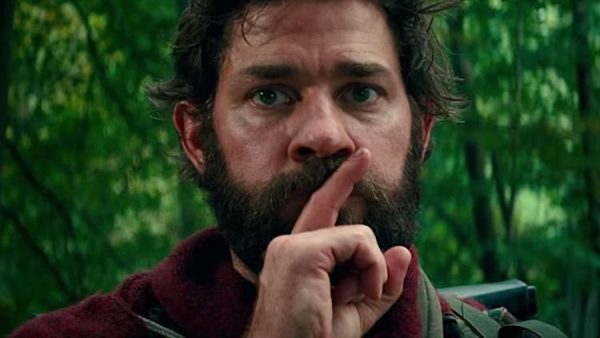 Following the deadly events at home, the Abbott family (Emily Blunt, Millicent Simmonds, Noah Jupe) must now face the terrors of the outside world as they continue their fight for survival in silence. Forced to venture into the unknown, they quickly realize that the creatures that hunt by sound are not the only threats that lurk beyond the sand path.